MYANMAR DOWNGRADED TO LOWEST RANKING IN US REPORT ON HUMAN TRAFFICKING

The US Department of State in June released its annual report on Trafficking in Persons. The Myanmar government was given the State Department’s lowest ranking due to its poor record to combat trafficking. Myanmar now is ranked – along with North Korea, South Sudan, China, and Syria – among those doing the least to stop the forced exploitation of women and men.

One of the major reasons cited in the report for the worsening situation last year was military operations that forced the dislocation of many of the Rohingya minority. At least 700,000 Rohingya fled Rakhine State in Myanmar to neighboring Bangladesh and other countries.  Both the United Nations and the US Government have judged the military operations as “ethnic cleansing”. Many of those fleeing faced horrific exploitation – raped by Burmese troops, trafficked into the sex trade in India, or forced to work in jade mines and other industries.

Aside from the violence and conflict in Rakhine State, the Myanmar government did identify more trafficking victims than the previous year.[1] However, trafficking remains a severe problem. The military still routinely coerces men, but also women and children, to act as modern-day slaves, cooking, cleaning, carrying loads, and building infrastructure projects, particularly in ethnic conflict areas.  Children are deployed to front lines as combatants by both the military and ethnic armed groups.  Myanmar police reported 289 sex and labor trafficking victims in 2017, including 54 men and 235 women and girls. Also, police reported 44 cases of trafficking within Myanmar.[2] However, the incidence of children being drafted into Burmese armed forces or ethnic armed groups as “child soldiers” remains unimproved.[3]

END_OF_DOCUMENT_TOKEN_TO_BE_REPLACED

For survivors of trauma like war, natural disaster, or human trafficking, psychological healing is only one stage of the recovery process. If they lack a secure economic foothold, they may remain highly vulnerable. But few services exist to help survivors achieve long-term economic security. This is a gap that Dorothy Taft noticed over and over in her long career in overseas assistance. So she founded an organization to help people who have been victimized become stable and self-supporting.

Taft was inspired by Healing Invisible Wounds by Harvard professor Richard Mollica: “During the time of healing after violence, work is the compass that shows the survivor the direction he or she must take to get out of a psychological dead end. Work not only gives survivors an opportunity to earn money and be productive, but also a concrete time and place where they must show up, a familiar cast of friends…and an overall sense of purpose and value.”

END_OF_DOCUMENT_TOKEN_TO_BE_REPLACED

Many large corporations have created “corporate social responsibility” or “CSR” programs that assess the effects of their company’s programs and operations on social wellbeing. They demonstrate their CSR commitment with investments that help address social problems like human trafficking.

CSR programs have helped prevent the horrific exploitation and abuse that come with trafficking. Delta Air Lines, for instance, has trained more than 54,000 employees to recognize the signs of trafficking victims in transit. Partnering with the non-profit Polaris, Delta provided $1 million in support of the National Human Trafficking hotline. Marriott International has trained more than 225,000 employees in 125 countries to identify and report potential cases of trafficking at its hotels and bring protection to victims.

At The Market Project, CSR is not only a program; it is in our DNA. Our vision is to see men and women find hope and flourish through safe, dignity-affirming and healing work. This is the reason we start businesses. We intentionally design our workplaces to be supportive communities and train supervisors in these businesses to recognize and manage the impact of trauma within the work team. We look for ways to help our staff succeed and improve their wellbeing.

END_OF_DOCUMENT_TOKEN_TO_BE_REPLACED

OUR INVESTMENT IN PEOPLE 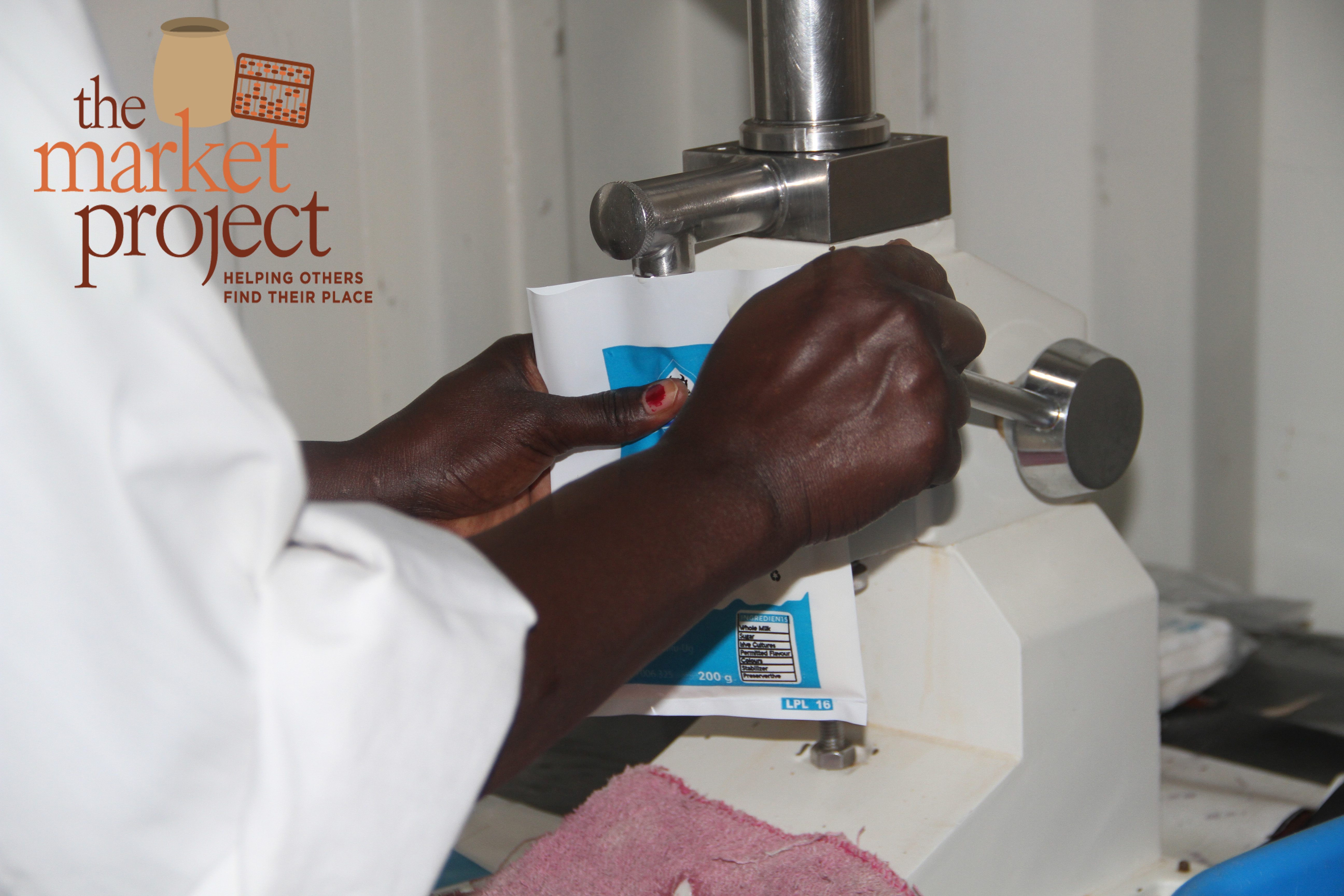 Nguvu Dairy, a business created by The Market Project, cares for its workers and ensures they are paid properly. In fact, we strive to invest in our employees on many levels.

The Market Project’s yogurt business in Uganda now has a workforce that is about 50/50 men and women. We are committed to pay our personnel decent wages. World Bank statistics show that the average Ugandan income (GNI per capita, 2016) is only $630 per year. We are proud to report that even our entry-level workers at Nguvu Dairy are making more than 1.5 times the national average.

END_OF_DOCUMENT_TOKEN_TO_BE_REPLACED

The Market Project, in tandem with a Care Partner in Chernihiv, Ukraine, is focusing on the needs of men and women impacted by disability – those who are often “ hidden” in institutions and homes. This population has had limited access to means of supporting themselves.

In Ukraine, there are an estimated 2.7 million individuals living with disabilities and sadly institutionalization is commonplace. This is how one report describes the situation:

END_OF_DOCUMENT_TOKEN_TO_BE_REPLACED

International Day for the Elimination of Violence against Women

Perhaps you know someone who has suffered physical or psychological harm, or you have been a victim of violence yourself. The Market Project is helping end the cycle of despair, exploitation and violence.

The Market Project helps survivors of violence move from dependence on others to employment to caring for others. The healing work opportunities we create honor the dignity, capacity and creativity of men and women who have faced profound indignities.

Nguvu Dairy Limited, our small business based in Gulu, northern Uganda, produces yummy yogurt! Parents can afford to buy our yogurt and now add dairy to their children’s diet. The business brings nutritious food to a market that lacks dairy.

Nguvu’s production capacity was expanded in September 2017, and about 40 men and women now have dependable work. We are now raising funds to double Nguvu’s number of employees in 2018.

END_OF_DOCUMENT_TOKEN_TO_BE_REPLACED

A Paradigm Shift in Economic Development

The Market Project combines the economic power of the marketplace and a deep understanding about the impact of trauma to help those who have experienced complex trauma and trafficking. A healing workplace is a vital part of aftercare that is often missing. To bridge that gap, enterprises we launch employ men and women who need to support themselves and their loved ones. We are often asked, “How do you go about building such a workplace?”

END_OF_DOCUMENT_TOKEN_TO_BE_REPLACED

The bottom line for any organization is the difference made in peoples’ lives.  We are proud of TMP’s business in Uganda, Nguvu Dairy Limited, a yogurt production and distribution business that is on a growth trajectory.

END_OF_DOCUMENT_TOKEN_TO_BE_REPLACED 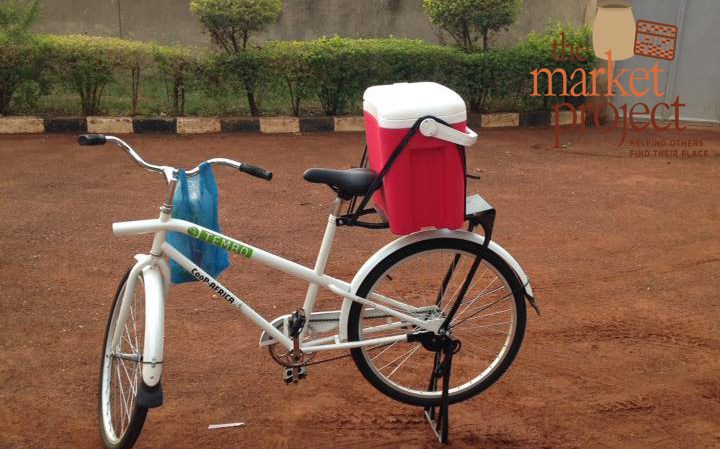 Residents of Gulu and its environs now have a refreshing, nutritious, and reasonably-priced option for their meals and tea breaks: vanilla, lemon and strawberry yogurt.  As of March 6, Nguvu Dairy Limited began operating its new production facility in Gulu.

END_OF_DOCUMENT_TOKEN_TO_BE_REPLACED

The Forgotten Targets of Human Trafficking

The past decade has brought an increased awareness of the menacing scale and scope of human trafficking. There is now growing assistance to populations vulnerable to exploitation for commercial gain.  Yet one demographic remains overlooked: men, women & children living with physical and intellectual disabilities.