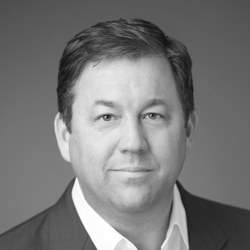 JAMES DIRKSEN :: FOUNDER AND CHAIRMAN OF THE BOARD

James Dirksen, Founder and Chairman of the Board, has over 20 years’ experience bringing products and services to the global market. He began his career as a consultant working at Northrup Grumman and PricewaterhouseCoopers. In 1997 he began working in the computer and network security industry and has started, grown, and sold companies and technology to companies including Microsoft, Symantec, Telefonica, Verizon Wireless, AT&T, Citrix, and Cisco. James has founded two non-profit organizations that operate around the world. James has a degree in biology and chemistry from Point Loma University. He lives with his wife Dana near Portland, Oregon, and they are the parents of six children.

John Bottimore is Vice-President for International Business Development at BAE Systems, Inc., and responsible for creating country strategies and plans and coordinating multi-sector opportunities to grow BAE’s international business. His career in the defense industry has spanned more than 30 years, including Honeywell’s Defense and Space business internationally, with assignments in Japan and Switzerland, and Oshkosh Defense. John also served as a nuclear submarine officer in the US Navy. He is a graduate of the University of Pennsylvania with a BS in chemical engineering and has an MBA from Georgetown University. John is a certified Six Sigma Green Belt and Project Management Professional. John has served on the Board of a nonprofit agribusiness working in developing countries. He lives in Virginia with his wife Kim and has a grown daughter and son.

Mark Hellweg is a Portland, Oregon-based entrepreneur. He founded Clive Coffee in 2008, offering an edited collection of high quality coffee equipment. Four years later, Mark founded a new line, Ratio, to design and build coffee makers of exceptional quality. In today’s competitive consumer goods market where “faster and cheaper” is the name of the game, Mark strives to create products that are beautiful and built to last. Mark resists getting absorbed in the “how” to the detriment of the “why” – his wife and children are the why!

Eleanor Nagy advises The Market Project on strategy, project development, and policy issues. She served as a diplomat with the U.S. Department of State and at U.S. Embassies around the world, including as Deputy Chief of Mission in Burma (Myanmar) and in Macedonia. Other postings over those 25 years included serving as Director for the Office of Refugee Assistance for Europe, Central Asia and the Americas; and as Director for the Office of Global Hunger and Food Security. Most recently she served as the Senior Director of Strategy at World Vision International’s Humanitarian and Emergency Affairs. Her career and personal convictions have centered on creating opportunity for the vulnerable while building more personal security in their lives.

Justin Reimer and his wife, Tamara, founded The Elisha Foundation (TEF) in 2005 to serve families affected by disability around the world. Justin serves as the Executive Director. Previously, Justin spent over 16 years in the aviation industry and was a founding partner in a successful aviation company. He lives with Tamara and their 5 children in Chernigov, Ukraine to advance international program development for TEF and The Market Project.